Because of how the rate of pollution is increasing nowadays, there is not really an alternative to having a type of filtration system. Without installing one of those, you will be at risk of using and, most importantly, drinking impure water.

And drinking contaminated water can promote different fatal diseases and deteriorate your overall health over time.

When it comes to choosing a filtration system, what most people talk about is the whole house water filter vs reverse osmosis system. And those are two of the most popular options for installing a filtration system in the house. This is why you are sure to fall into a predicament among those two, and that’s where we step in.

We are going to provide you a general idea about them that will come in handy when you are out in the market trying to get one of them. 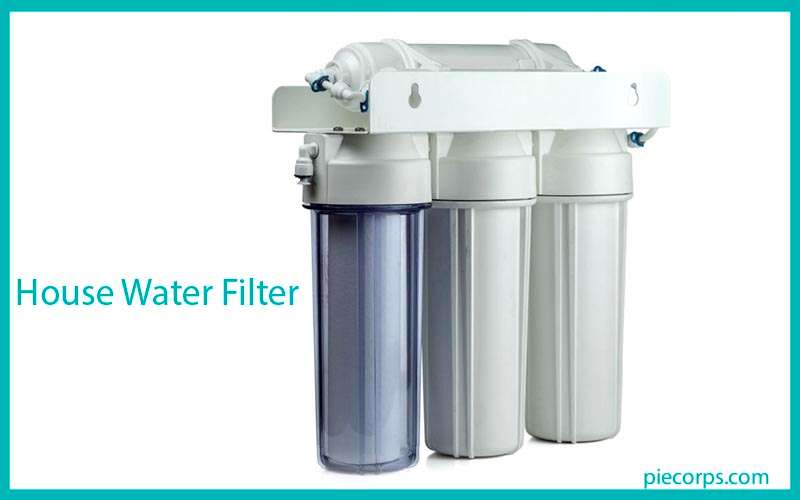 First of all, we would like to start by describing the whole house water system. The application method that it utilizes is POE, which stands for point of entry. This purification system is a lot different than the other types of available filtration mechanisms.

There are loads of variants available for these systems. The most common variant that people opt for is the carbon filtration mechanism. That is bought by people that do not have any type of serious contamination problem in their house.

It is basically the most basic type that is out there. Besides the carbon one, you will also find the softener system. Those are for filtering hard water.

Other than that, you will also stumble upon special systems that are dedicated to purifying the iron-rich waters. You will know if the water has iron or not if it leaves a brown stain or orange stain on the floor of your bathrooms. That is when you should get those special house filtration units.

Alongside the different variants, you will also find those variants having a different type of filtration media. The media are generally categorized by the type of workload they are suitable for.

Among them, the one that performs the highest is the heavy-duty ones. The filtration media that is utilized by them lasts for at least five years. Some even last longer than that.

Aside from just having an extended lifespan, the heavy-duty ones also require very little maintenance. Also, the efficiency of those is highly praiseworthy too.

Moreover, you will find the ones that have standard filtration media. Those are stated as “moderate duty.” However, you need to change the system every now and then. The recommended changing period is once in a few months.

Also, do keep in mind that the standard ones are not as efficient. In fact, they are pretty slow at filtering water. And because of the high maintenance characteristics that they have, installing might just be signing up for hassles. Nevertheless, they are pretty inexpensive in comparison to the heavy-duty ones. 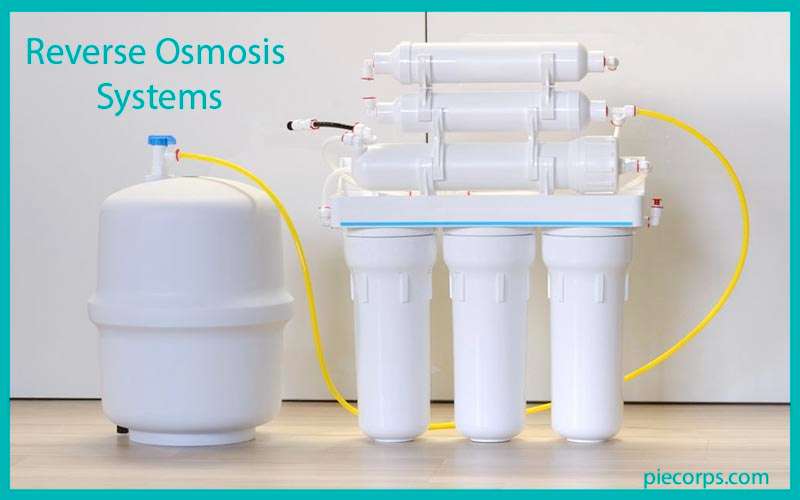 The application process that it implements is POU, which refers to point of use. That means you would only be able to install these for a small flow of water, which is around 45 gallons in a day.

It is not possible to categorize these purification systems because no matter which one you pick, it will use the same operational mode. They have three different filtration media.

First of all, the water is going to go through a carbon cartridge. That cartridge is going to remove most of the large-sized contaminants from the liquid. Then it will be passed to the fine membrane layer.

In that membrane layer, the rest of the remaining impurities are going to get screened out. TDS that include fluoride and lead are going to get filtered out. After that, the system is going to push the water to a third and the final carbon cartridge.

It will carry out the final cleansing operation and ensure that 97 percent of the common impurities are screened out before the water is consumed.

However, you will have to factor one thing in mind. It is going to strip out most of the elements that are beneficial for the human body. As a result, you might have potassium and magnesium deficiency in your body over time.

We are going to state the efficiency of removing each of the common contaminants that water usually contains. They are as follows:

When Should You Get Whole House Water Filtration System

As we have mentioned above, these systems utilize a point of entry application system. That means you would have to install it directly to the source of the water.

Most importantly, you should get one of these to purify the water that you are using for the general tasks. The water that is purified using these systems is not for drinking.

When Should You Get Reverse Osmosis Systems

As you have guessed by now, the reverse osmosis systems are only for purifying drinking water. It is not for general tasks because the water flow is too low in comparison.

If you were to install these on your shower head, for example, you would not be able to get that much water pressure at all. These are primarily for purifying the water that you would drink. That is why they are installed on taps.

If the water that you are getting is full of iron or other contaminants, we would highly recommend getting yourself one of these filters.

By getting one of these installed, you will not have to worry about the pesky brown stain that occurs on the surface too. Keeping both of those factors in mind, we would say that they are very much worth it.

For drinking purposes, they are better than any of the filtered water systems that are available in the market.

Yes, the last carbon cartridge that remains in the system can kill bacteria. In fact, many of the units will combine that filter with a Pulsar Quantum Disinfect filter media. That will ensure that 99.999 percent of all bacterias are killed.

We have stated earlier that there is not really that much recommendation worthy alternative to Reverse Osmosis Systems for purifying drinking water. To decontaminate and screen out the impurities from water for general tasks, you should opt for whole house filtration systems.

We are hoping that after going through our take on the topic of whole house water filter vs reverse osmosis system, you now have the adequate amount of knowledge to make the right choice.

To conclude, we would like to wish you a stroke of good luck and hope that no matter which purpose you use the water for, it remains pure and free from contaminants.