We have all been in a situation where we realized that we don’t have a few ingredients for the recipe we’re making WHILE we’re making it. Generally we can skip those ingredients if they are optional.

But potato starch is an essential component that maintains the consistency of the dish. The whole texture or flavor of the dish can be thrown off if this ingredient is omitted.

Now, you must be wondering why potato starch is so important. So let’s take a thorough look at this ingredient and its uses.

What is Potato Starch? 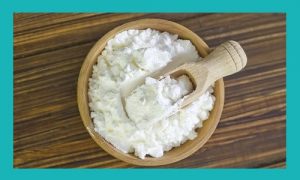 Potato starch, like its name suggests, comes from potatoes. Potatoes have a starchy grain in their cells called leucoplast. The potatoes are crushed to release this starch grain.

Next, the potatoes are run under water to wash the starch grain. Finally, the starch is dried until a powder-like form is achieved.

It looks like a soft white uniform powder that does not have any smell or taste. Potato starch is a gluten-free ingredient. Hence, it has become much popular recently.

Potato starch is a multipurpose ingredient. Generally potato starch is used in cooking and baking. Since it does not have any flavor of its own, it can be used for thickening soups, gravies, stews and sauces.

Additionally, it can be used as a gluten free option in baking. Instead of flour, potato starch can be used to make dough, muffins and breads. Besides, it makes a perfect outer coating for fried items.

How’s it different from Potato Flour?

During the preparation of potato starch, only the starch grain is extracted from the potatoes. Hence, the final product itself does not have any trace of potato. For this reason, potato starch has a neutral flavor and it doesn’t affect the taste of the dish.

On the other hand, potato flour is made by drying and grinding potatoes. So it contains the smell, taste and flavor of potatoes. Even though both ingredients have emerged from potatoes, they are not interchangeable. But potato flour can be used in some recipes as a substitute for potato starch with some adjustments.

But in case you have run out of both while cooking, you don’t have to panic. There are many other alternatives for potato starch. And most of them are probably in your kitchen already.

Thus let’s take a look at these substitutes so that you don’t have to run out to buy potato starch and risk ruining your dish while you are cooking it.

Cornstarch is a soft, white colored powdery substance. Like potato starch, it does not have any smell or taste of its own. Hence, it is the most common substitute for potato starch.

Cornstarch is a popular thickening ingredient and it is used to give a beautiful glossy look to any dish. It also works as a great coating for fried items. The starch that is purely made from corn is gluten free as well.

Arrowroot powder or starch comes from the roots of several tropical plants whose roots are grinded into fine powder. The gluten free starch has a neutral flavor and it is a great substitute for potato and corn starch.

The thickening agent gives the dish a glossy finish. But it should be used towards the end of the recipe as cooking it for an extended time makes it lose its binding ability. Usually, 2 teaspoons of arrowroot powder are used for every tablespoon of potato starch.

Like arrowroot powder, tapioca starch is also extracted from a tropical plant called cassava. It is very similar to arrowroot and potato starch in terms of texture. It also provides a glossy sheen to the dishes.

However, tapioca starch is lighter than potato starch, so you need to substitute it with double the amount. It can be used as a thickening agent or in baking. But be careful as too much of it can make your baked dish dense and chewy.

Rice flour is a gluten free flour that can be used as a substitute for potato starch. Its texture is grittier than potato starch. But it tends to be heavier than arrowroot powder or tapioca starch.

You should use the rice flour at the beginning of the recipe since it cooks slowly. It absorbs moisture and thickens the consistency of the dish. So it should be used in soups and stews.

Sweet rice flour or glutinous rice flour is made from sweet white rice and contains a higher level of starch than regular rice. You can use it as a gluten free thickening agent.

But we would say that it is ideal for baking pastries as it has a subtle sweet flavor. You can substitute potato starch with it by using a 1:1 ratio.

Mochi is a kind of glutinous rice flour that is made from glutinous short-grained rice. Its texture and flavor are different from sweet rice flour.

Mochi flour has a subtle sweet taste. It is commonly used to make cakes and pastries in Japan. Since it has a chewy and sticky texture, we recommend you use it to substitute potato starch in desserts and pastries.

Wheat flour is commonly used for baking and cooking. Even though it is not gluten free, it can substitute potato starch in any recipe. Since it has a lighter texture, you need to use 2 tablespoons of wheat flour for every tablespoon of potato starch.

However, if you want to use this as a thickening agent, make sure to lower the heat and slowly add it while continuously stirring because it can clump very easily.

Almond flour is a vegan and healthy substitute for potato starch. Since its texture is similar to other starches, you can use it in a 1:1 ratio.

It gives a subtle sweet and nutty flavor so it is more suitable for baked goods.

Coconut flour is another vegan and gluten-free substitute for potato starch. It has a subtly sweet flavor that adds a unique dimension to the recipe.

But it has a grainy texture so it can potentially change the consistency of your dish. It is more suitable for making dough and baking goods. Even so, decrease the amount of coconut flour by 15% so that the dough or batter does not become too dense.

Water chestnut flour is an excellent substitute for sweet potato starch. The gluten free flour is made by peeling, boiling, and grinding water chestnuts into powder.

Water chestnuts contain a similar amount of starch as potatoes. So it can be used as a thickening agent in gravies, stews, and soups. First, you need to make a slurry by mixing water and flour in equal parts and adding it to the dish. You can add more flour until you achieve your desired consistency.

Besides, this flour has a slightly sweet and earthy taste that accentuates the flavors of various savory dishes.

This is not a traditional substitute for potato starch. Matzo is a hard flatbread that almost looks like a cracker. It is an unleavened bread that is popular in Jewish cuisine.

Matzo can be crushed into a fine powder and used as a substitute for potato starch. The texture of ground matzo resembles breadcrumbs. It is a suitable binding agent for soups and stews.

Quinoa flour is made by grinding quinoa seeds. It is gluten free and packed with nutritious proteins. So if you want a healthy substitute for potato starch, quinoa flour is the way to go!

However, quinoa can have a slightly bitter taste. Thus, you need to be careful with the amount when you’re using it. Also, you should adjust the number of other spices and flavorings in the dish to mask the sharp aftertaste of quinoa flour.

The last ingredient in this list is potato flour. Even though potato flour and starch are not interchangeable, you can still use the flour as a substitute for the starch in a 1:1 ratio.

Since potato flour has a stronger flavor, you need to use other ingredients to mask its taste and aroma. Potato flour has a distinct savory taste, so it is better to use it as a thickening agent.

We hope that this list of substitutes eases your worries if you run out of potato starch while cooking. With these ingredients, your dish will have the same consistency as the original recipe. And some of these healthier options may increase the nutritional value of your meal as well. So go ahead and pick one of these substitutes whenever you’re out of potato starch.