The electrical countertop appliances that are available for the crowd to buy can make preparing different types of dishes feel like an easy task. However, because of how saturated the market is, choosing the right cooking appliance is not that easy as it seems to be.

And among all the devices, two of the most common ones that are compared quite often is the rice cooker and the slow cooker.

If you were putting a rice cooker vs slow cooker, you must be looking for a source that will provide you with an adequate amount of information required to make the right purchase decision. Well, you have just found what you were looking for.

We are going to make the choosing process feel like an easy task by providing that required information that we talked about earlier. And we hope choosing one of them will not be that much of a hassle for you in the end. 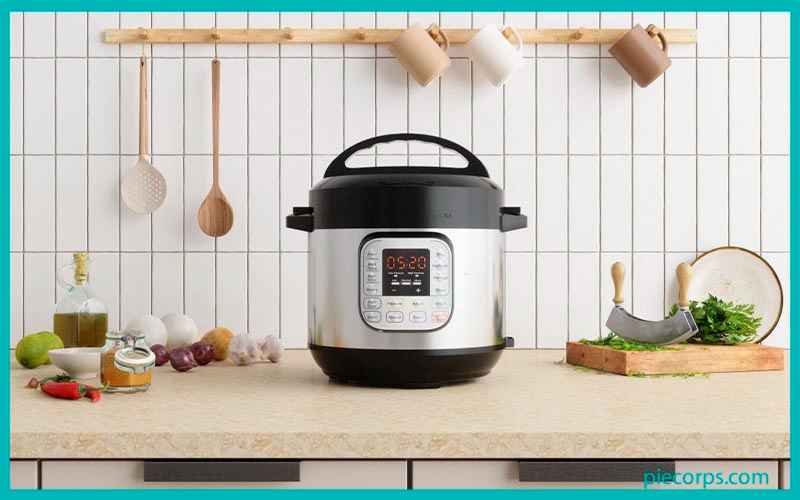 Let us start by talking about the slow cookers. Most of these that are available in the market will boast a size range of three to seven quarts. Depending on the amount of food that you like to cook, you can choose any size in between that range. No matter which size you choose, there would be four main components.

First, there would be an inner pot where you would have to put your food in. Under that would be the heating element that it is going to utilize for the cooking process.

Surrounding them would be a body, which will most likely be made out of steel to achieve a higher heat retention capability. Lastly, there would be a glass lid on the top that will seal the entire system.

On the body, you will find a control panel on one of the sides. That control panel is what you would have to use to control the cooking modes. Most of them will have three different modes.

And the usual cooking time that these require can be as long as 10 hours or as short as two hours. Most of them would also feature a keep warm mode, which will keep your food warm after the cooking process.

Because of having multiple modes, you can cook a lot of foods inside it. Starting from appetizers to whole chickens to roasts to stews, you can cook them all.

Also, as they are large in size, they are ideal for cooking for a large number of people. Hosting a party and family gathering will be an easy task for you if you have one of these. 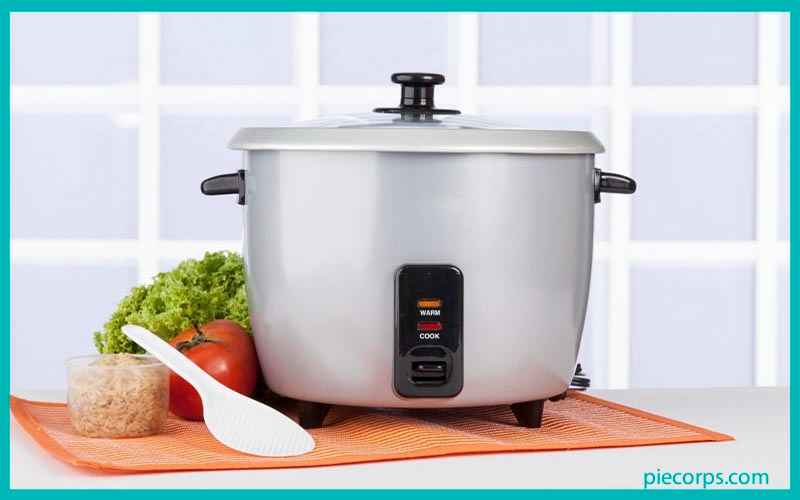 The market does not really have that many traditional rice cookers left to offer anymore. All of the available ones now features plenty of advanced features.

Most of them have a keep-warm function integrated that keeps the rice hot for an extended amount of time after being cooked. Because of that, you are sure to get a hot serving of rice throughout the day.

In the case of size, there are a plethora of variants available for the rice cooker too. The size ranges from two cups to thirty cups of rice. You can choose the right size by factoring in the rice capacity that you need to cook daily.

Like some of the other appliances, there are four main components for the rice cooker. There is a pot on the inside that would allow you to put the rice in.

Under that pot, there is the main heating element. A body will surround all of the two components that are on the inside. And there would be a lid on the top that will make a proper seal.

Most of these devices will also have a screen that will show you the timer or the temperature. The programmable ones will offer you the freedom to set the timer and cooking temperature.

And as these are named rice cookers, their primary function would be to cook rice. You can cook all types of rice in these. Alongside carbs, you can also cook small servings of fishes, vegetables, and slices of meats inside it.

They can also cook food reasonably faster. It would take about one hour to cook rice inside these. As a result, when time is of the essence, these are the ones you should rely on.

The Differences Between a Slow Cooker and a Rice Cooker

There are some key factors that differentiate both of these devices. They are as follows:

Slow cookers usually have three different heating modes. On the other hand, most of the rice cookers will only have one mode. However, they do come featured with different timer based functions. Many will even let you control the overall temperature.

Just like the name suggests, slow cookers take a lot of time to cook foods. Some recipes might even require about ten hours to cook. On the contrary, most of the rice cookers will take about one to two hours to cook.

Slow cookers are ideal for cooking a large number of dishes. With those, you can cook meat, roasts, appetizers, and stews. You can even maneuver it to cook other dishes as well. But rice cookers are generally designed to cook rice only. However, many of them are capable of cooking fishes and a small chunk of meats.

In the case of size, the slow cookers are generally larger than the rice cookers. That large size allows them the ability to cook different dishes for a large group. On the other hand, rice cookers can cook at best 30 cups of rice, which is reasonably high in amount but not as close as the larger slow cookers.

Yes, you can cook meat in a rice cooker. But you will have to cut them into small portions.

It will depend on the model that you have. Some of the modern slow cookers will have a slow cooking mode that will enable you to use it as a slow cooker. However, those models will be a bit expensive in comparison.

As we mentioned, you can use a regular rice cooker for cooking fishes, vegetables, and small cuts of meat. So the answer to the question would be a yes.

The best thing that you can cook in a pressure cooker would be meats. By utilizing a slow cooking process, you can make the meat extremely tender and juicy.

Not really. The crockpot is a type of slow cooker, but not all of the slow cookers are a crockpot.

Hopefully, after going through the entire article, you now have a proper idea about the topic of rice cooker vs slow cooker. We would want to conclude here by hoping that we were able to make it easier for you to choose one of the two devices that we talked about.