Korean cuisine is steadily becoming popular in the west. Their appeal does not just lie in the taste but in the appearance too. Whether it is cosmetics or food, Koreans are popular for adding unique yet beneficial ingredients to even the most mundane things.

However, they never compromise the quality or decrease the nutritional value of their food items. Taste and nutrition go hand in hand in this culture. Hence, we can never stop raving about their delicious cuisine!

If you are familiar with Korean culture, you must know about their fondness for spicy food. Most of the savory or spicy dishes contain gochugaru or gochujang. So if you want to make an authentic Korean dish, you must have these condiments at hand.

Now, you may think that having one of these in your pantry is enough. Since they both sound similar, they must be the same thing, right? However, that is not the case at all.

They are closely related and they both start with “Gochu” which means chili peppers in the Korean language. But this is where their similarities end. They are both different in terms of ingredients, flavor, texture, and so on. Thus let’s take a look at all these aspects in more detail so that your next grocery trip becomes a lot easier. 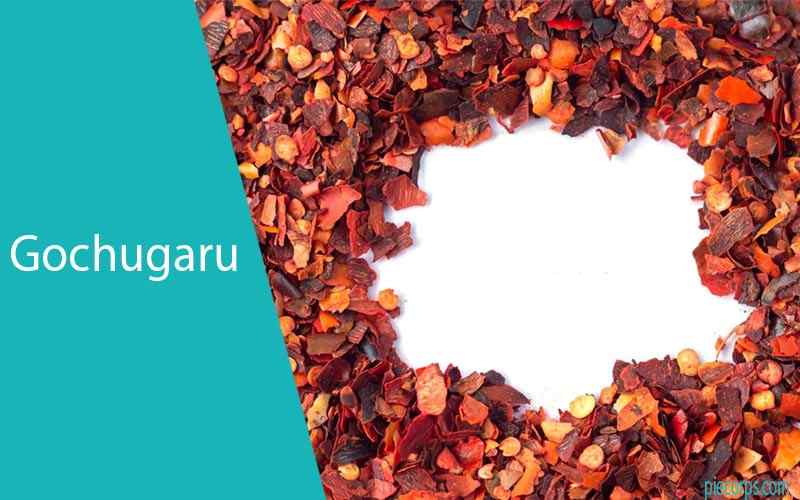 The “garu” in Gochugaru means powder. So, gochugaru is the Korean version of red chili powder or coarsely ground pepper flakes. However, its flavor is more complex than our regular chili pepper.

Some Korean historians have claimed that Gochugaru has been used as a spice in Korean food since the 12th century. However, some experts have contradicted this statement, claiming that Gochugaru didn’t come to the Asian regions until the 16th century.

Some characteristics of Gochugaru

Ingredients and Procedure of Making Gochugaru

Gochugaru is traditionally made by deseeding, drying, and grinding Korean chili peppers. Deseeding the chillies is usually the first step of making all kinds of pepper powder. But there are various ways of drying them. Traditionally the peppers are sun dried and called “Taeyangcho”.

There are also many machine dried options available in the market that are cheaper and more accessible. But people prefer Taeyangcho over them as the duration of the sun drying affects the appearance and spice level of the gochugaru. At last, the thoroughly dried peppers are crushed finely or coarsely.

Many times Gochugaru is labelled as Korean chili flakes or Korean pepper powder in English. Even though Gochugaru IS a version of chili pepper, it can be mislabelled. So you should have an idea of what Gochugaru looks like.

As the chilies are deseeded beforehand, the final product will have a uniform, bright red hue. Meanwhile, the texture can be either like coarse chili flakes, fine pepper powder or, somewhere in between.

Unlike regular cayenne pepper powder, gochugaru offers many layers of flavor to a dish. Other than spicy, it is also quite fruity and smoky. It provides heat with a sweet aftertaste.

There are many kinds of gochugaru available in the market and they have a wide range of spice levels. In terms of Scoville heat units, the spice level can be between 1,500 SHU to 10,000 SHU.

Gochugaru is a versatile ingredient that can be used in any dish to add a hint of spice. You can use it as a substitute for cayenne pepper and in the making of soups and noodles. It is one of the most essential spices in the making of the popular Korean dish, Kimchi.

If you don’t have gochugaru at hand, there are some ingredients that you can use as a substitute such as Chile De Arbol, paprika, cayenne pepper, Aleppo pepper powder, and chipotle powder.

However, you must remember that gochugaru has a very complex flavor and a substitution will not imitate it completely. So you will need to adjust the recipe accordingly. 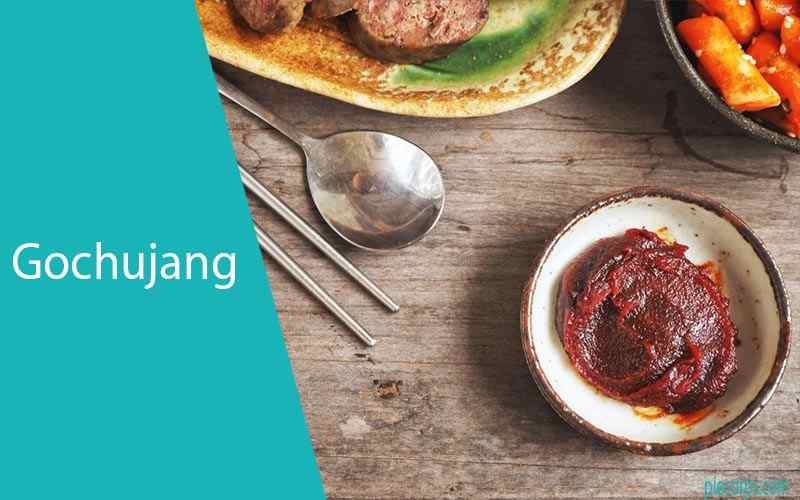 Its unique taste is loved by the Korean people so much that they have an annual festival dedicated to Gochujang in Sunchang, South Korea, which is the birthplace of this condiment.

Some characteristics of Gochujang

Ingredients and Procedure of Making Gochujang

Gochujang is mainly made of gochugaru, mejugaru or fermented soybean powder, glutinous rice powder, yeot-gireum or malt powder, and salt. It is also mixed with a sweetener such as honey or rice syrup.

The mixture is traditionally put in a covered earthen pot and fermented naturally. This process can take up to three months. And during this time, it is recommended to uncover the pot and let it sit in sunlight for a few hours every day.

The fermented paste has a thick and smooth texture. Unlike regular chili paste, gochujang has a deep crimson hue. The color will be uniform throughout the container and, it will give a similar red look to the dishes as well.

Gochujang has a rich and intricate taste. It may taste like a blend of tomato and chili paste with a hint of saltiness. Its heat comes from the gochugaru, while the glutinous rice flour and syrup give it a hint of sweetness. These are complemented by a salty umami kick from the fermentation.

There are many versions of gochujang available in the market with various spice levels. You can buy one that suits your tastes and adjust the recipe accordingly.

Gochujang is the main spicy ingredient in Korean comfort foods such as Korean Army Stew, Tteokbokki, bibimbap, Dak-galbi, etc. It is also a popular ingredient for dipping sauces and marinades.

The dishes made with Gochujang usually have a deep red color and burst with flavors once you put them in your mouth.

Unfortunately, you cannot use any regular red chili paste as a substitute for Gochujang as it has a distinct taste. However, you can try mixing gochugaru with miso paste, sugar, and soy sauce. It will not completely replicate the flavour of gochujang but the spicy, salty, and sweet mixture will come very close to the real deal.

Comparison between Gochugaru and Gochujang

Although gochugaru and gochujang are used as the primary spicy ingredients in various dishes, there are some aspects in which the two condiments are vastly different from each other.

Even though both ingredients are made with chili peppers, they have different textures and appearances. Gochugaru is usually somewhere between coarse chili flakes and fine powder. On the other hand, gochujang is creamy and thick.

Whether the gochugaru is finely powdered or coarsely crushed, it will have a bright red uniform color. But gochujang will be much darker, almost crimson in color.

If you smell gochugaru, you will get a spicy scent with a hint of smokiness. However, gochujang has a stronger smell. It may smell funky due to the fermentation process with a prominent scent of spice and salt.

Both have a spicy flavor with a subtle hint of sweetness and smokiness. However, gochujang adds a salty, umami smack to the dish. Besides, there is also a kick from the fermented soybean powder, malt, and glutinous rice flour. To sum it up, gochujang adds more flavor to a dish than gochugaru.

You don’t need to take any extra measures to preserve gochugaru. You can preserve the powder in an airtight container at room temperature for extended periods. However, gochugaru can go bad and grow mold if it is not refrigerated. Since it is fermented, it has a long shelf life. But you need to keep it in the refrigerator at all times.

Are Gochugaru and Gochujang Interchangeable?

Depending on the dish, you might have a scope of substituting one with another. But we don’t recommend it. Even though both have emerged from Korean chili peppers and add spice to a dish, they are also very different in terms of flavor and texture.

Gochugaru is a flaky or fine chili powder whereas gochugaru is a thick, smooth paste. So you need to be careful to not change the consistency of the dish. For example, gochugaru is one of the main ingredients in kimchi. It gives the dish its red hue and strong spicy taste. But if you substitute it with gochujang, the consistency will be changed completely. Besides, gochujang has a pungent taste, which can overpower the dish.

Besides, gochujang has a salty umami taste because of the fermentation, unlike gochugaru. So if you want to use gochugaru instead of gochujang, you need to add salt along with other ingredients to match the plethora of flavors that the paste provides.

Therefore, both products have unique textures, flavors, and consistencies. You can choose any one of these according to your preferences. We are sure that they will add a new dimension to your culinary experience.

If possible, rather than substituting one with the other, we suggest you get both so that you can create some lip-smacking, fiery recipes whenever you want.