Everyone loves to indulge in some sugary baked goods from time to time. And if you love sweets you must love cupcakes and muffins. They are the two most popular confectionaries.

Even though the two items look virtually the same, they are vastly different from each other. A cupcake, just like its name, is a small cake in a cup. However, the muffin is more of an individual-sized bread-like baked food.

Unlike cupcakes, muffins are not always sugary and sweet. Thus you can eat a muffin for breakfast but a cupcake is normally eaten as a dessert item.

Generally, bakers are able to tell the difference after taking one bite. And after looking at the below study you will be able to easily differentiate them as well.

Comparison between Cupcake and Muffin

Cupcakes and muffins are different from each other in terms of taste, appearance, ingredient, texture, and so on. So let’s take a look at these aspects in detail. 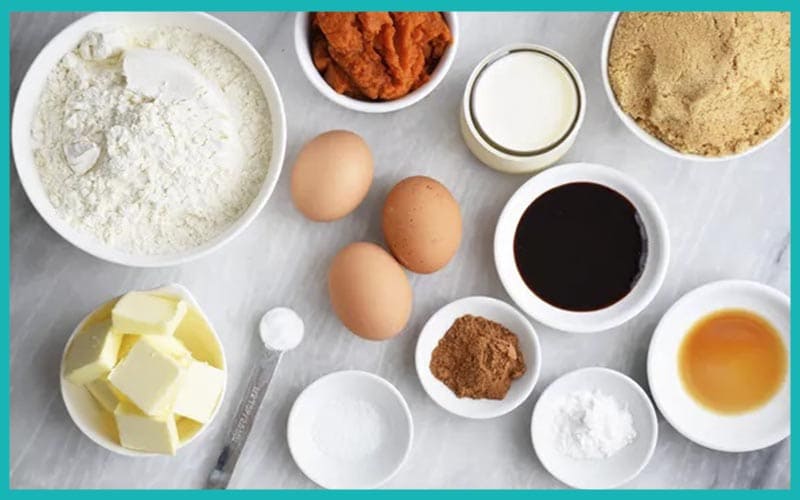 The recipe for cupcakes and muffins are very different from each other. Like other desserts, both have flour, milk, and eggs. But the difference in their ratio separates them.

Once again, a cup cake is a miniature cake. So its ingredients are similar to that of a cake. The main ingredient of cupcakes is cake flour or all-purpose flour. Generally, these two are the only flours used in the making of cupcakes. They also have a good amount of sugar and butter in them.

Meanwhile, muffins can be made of whole wheat flour, oat flour or even nut flour. Instead of butter, vegetable oil is used to make muffins. The basic recipe for muffins is made with 2 cups of flour, 3-4 tablespoons of sugar, 2 teaspoons of baking powder, ¼ cup oil, 1 cup milk, and 1 egg.

However, the amount of sugar, egg, flour, and fat in the muffin recipe is doubled for the recipe of cupcakes. Hence, there is a difference in their taste and texture.

Since their ingredients are different, the mixing and baking procedures are also different from each other.

For cupcakes, all the wet and dried ingredients are mixed separately. First, the butter and sugar are creamed together while the egg whites are beaten until they are fluffy and white. One after another, the ingredients are lightly folded together to create a smooth, light batter. The mixture is whisked until there are no lumps left.

On the other hand, all the ingredients are mixed together at once while making muffins. They are slightly stirred until a dense consistency is achieved. 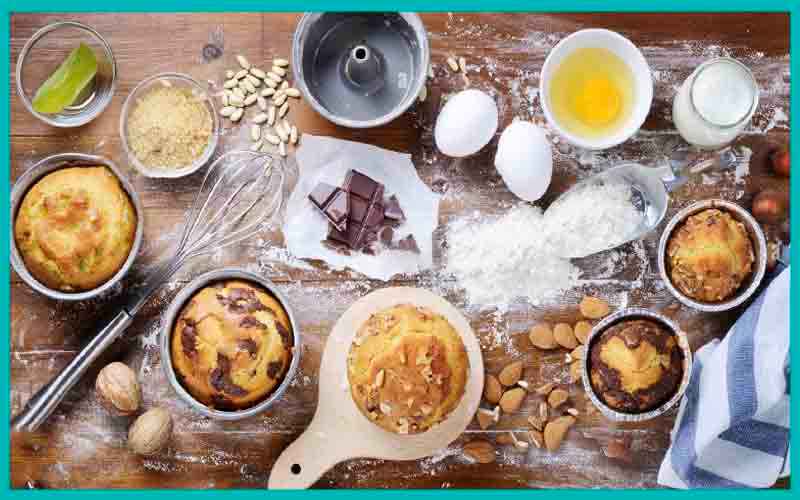 You need a cupcake pan or muffin pan to make these goods. Even though these utensils have different names, they are exactly the same. However, cupcakes require liners while baking while muffins don’t. Usually, muffins are baked in a non-stick or greased pan to ensure that they don’t stick to the tray while cooking.

The consistency of these foods depends on their baking procedure. Since the cupcake batter is whisked for a long time, the end result will have a soft and fluffy texture. Besides, the creaming of butter and sugar beforehand makes cupcakes lighter and smoother.

Whereas, muffins have a dense consistency. They are not as soft as cupcakes when you bite into them. Since their batter is not beaten for a long time, muffins have a hard, bread-like texture.

The crumbs of cupcakes and muffins appear different as well. Cupcakes generally have finer crumbs as the batter develops uniform air bubbles while whisking. However, muffins have bigger and coarser crumbs because of their heavy batter.

There is no fixed rule regarding the size and shape for these. But cupcakes tend to be smaller than muffins in size. They don’t overflow the cups they are made in. And they might be topped with frosting on some occasions.

On the other hand, muffins are larger in size and they flow out of their cup while baking. This creates a dome or mushroom-like shape at the top.

Nowadays, people tend to use various edible food dyes in cupcakes. This makes them look colorful and visually appealing. People are so fascinated with these little goodies, that you will find plenty of blogs and Instagram accounts solely dedicated to the pleasing aesthetics of these gorgeous miniature cakes.

On the contrary, the traditional beige and brown colors of muffins are associated with the look of a rustic yet bougie appearance. If you look into any healthy eating or meal planning blog, you will see an array of dark-toned muffins with colorful fillings in them.

Since cupcakes have more sugar they tend to taste sweeter than muffins. Besides, cupcakes are generally considered desserts as their taste and recipe is just like cakes.

Cupcakes have a distinct flavor with a complementing frosting. Some of the most popular flavors of cupcakes are vanilla, chocolate, strawberry, red velvet, mocha and so on. The flavors are added in the form of extract or essences, so they spread uniformly across the entire cupcake.

However, muffins can be sweet or savory in taste. They can have various flavors but they are not too sweet. Many people like to add fillings in the muffins to make them zestier.

Generally the toppings (or the lack of it) visually set cupcakes and muffins apart from each other. Cupcakes almost always have frosting on the top while muffins don’t. There are two kinds of frosting. One of them is a buttercream made by mixing butter, sugar and extracts together. And the other is made by whisking heavy whipping cream until it forms hard peaks on it.

The frosting is generally piped on cupcakes in a decorative manner. You can put sprinkles or flakes on top of the frosting as well.

Muffins usually don’t have such a heavy topping. They may have a thin glazed top or a sprinkle of confectioner’s sugar on them.

Cupcakes usually don’t have fillings as they are pretty sweet on their own. However, most muffins are made with some type of fillings.

Whether they are sweet or savory, most muffins have fillings that bring a burst of flavor to the bread-like product. Sometimes they can make the muffins hearty and more nutritious too. This is why muffins are often considered as a healthy snack or breakfast item.

Muffins can have a range of sweet and salty fillings such as cream cheese, cut up or small fruits, jams, chocolate chips, nuts, vegetables, bacon and so on. They add a delicious twist to the muffins and make them more nourishing.

There are different storage methods for cupcakes and muffins. This is because of the difference in ingredients and the making process.

Like other pastries, cupcakes are stored in the refrigerator. They can be preserved for longer in this way as they tend to go bad if they are kept at room temperature for periods of time. People generally eat cupcakes cold without reheating them in the microwave. They don’t taste any different because of the cold temperature. Besides, the frosting may melt if it is heated in the oven for too long.

On the other hand, like breads, muffins can be stored in any temperature. They won’t go bad if they are not refrigerated and you can serve them hot or cold, depending on your preference.

Once again, cupcakes and muffins have different ingredients and methods of mixing and baking. Cupcakes require more precision and time so that they can turn out delicious and perfectly textured.

Whether it is the temperature of the eggs or the softness of the butter, even the smallest mistake can mess up the final product. Hence, some people find the process of making cupcakes extremely taxing.

However, making muffins is much easier. You can simply mix all the dry and wet ingredients together and put them in the oven to bake.

By now, you may have realized that cupcakes are the more sugary, aka the unhealthier option of the two. The cupcake recipe itself calls for double the amount of sugar than muffins, and they are topped with frosting, which again has a lot of sugar.

On the contrary, muffins contain less sugar and don’t have any frosting. Depending on the size, muffins can have 120 to 560 calories. Meanwhile, a standard-sized cupcake has about 350 calories.

However, most of the calories in muffins come from healthier ingredients and they can be burned off easily during the day. Whereas, most of the ingredients of cupcakes are refined with much less nutritional value.

Thus, cupcakes and muffins are different from each other in many ways.

We’re sure that you can easily differentiate them by just one look now. And the next time you eat a cupcake or a muffin, you will be able to taste and experience these dissimilarities yourself!